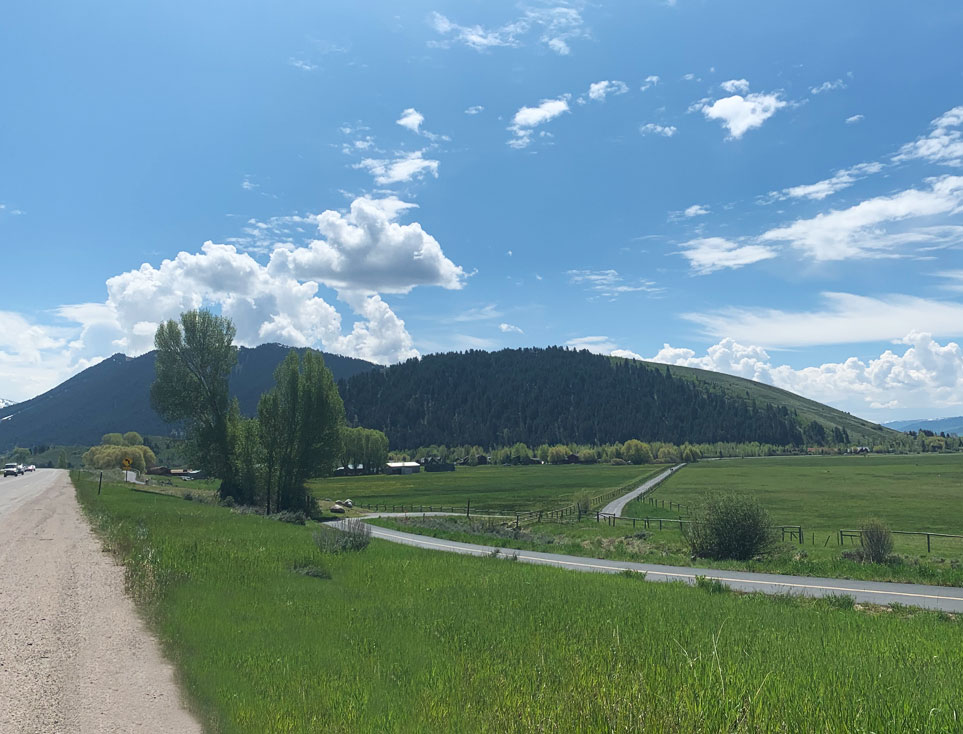 How are alternatives developed?

What is the process for evaluating Alternatives?

The project team Alternatives evaluation process was set up early in the project in coordination with the Stakeholder Advisory Committee. The evaluation consists of two tiers based on the project’s Purpose and Need and project objectives outlined in the Project Charter developed by the Board of County Commissioners. The Commissioners developed the Project Charter from information and recommendations in the 2015 Integrated Transportation Plan (ITP).

The Level 1 screening process is used to evaluate whether a proposed alternative, including the No Build Alternative, meets the Purpose and Need identified for the project or if it has a fatal flaw. Fatal flaw criteria include:

Does the alternative have irresolvable environmental impacts?

Is the alternative not constructible due to physical or legal constraints?

Purpose and Need Criteria evaluate an alternative’s relative ability to:

Be cost effective, based on reduced travel costs for the community and ability to fit within funding constraints

Be constructed, based on constructability issues and constraints

Be maintained, particularly for snow removal and storage.

What is involved with the alternative recommended by some stakeholders? Why was it dismissed from the process?

Should the Stakeholder Advisory Committee recommend I-N14 or any other alternative as its preferred alternative, the committee can present that alternative to the Board of County Commissioners outside of the alternatives process established early in the study. The project team will continue to work to identify the Preferred Alternative that best meets the project Purpose and Need and objectives.

What is the origin of this project and how does it fit within the county and town’s long-range planning?

In the 2015 ITP, the Tribal Trail Connector is identified as part of a larger goal to address the region’s traffic congestion and multimodal connectivity issues. In addition, the Jackson/Teton County Travel Demand Model, completed in January 2019, identified various current and future year travel scenarios. This traffic model shows that the Connector would decrease traffic at the Y-intersection, helping to alleviate traffic congestion.

What is the Project Schedule?

Does the County have control over the design process?

Yes, the Board of Commissioners have the final say and must formally approve design at two stages of the project: at the completion of the "concept design phase" and presentation of the preferred alternative, and at the completion of the "final design phase" before bidding and construction. In addition, the County can terminate the contract with WYDOT at anytime during the project for any reason with 30 days notice.

Is this the project a done deal? Is a No-Build Alternative an option?

Several alternatives will be developed and evaluated throughout the EA process, including a “No-Build” alternative.

Would WYO-22 be improved as part of this project? Wouldn’t this solve the traffic problem?

No. WYDOT, in cooperation with Teton County, is sponsoring a separate project to replace the deficient Snake River bridge and reconstruct the WYO 22/390 intersection. Widening of WYO 22 from the bridge to the Y-intersection was identified as a high priority project in the WYO 22/WYO 390 Planning and Environmental Linkages (PEL) Study conducted in 2014, but the project is not included in the Statewide Transportation Improvement Plan (STIP), and funding for that project has not been identified. Both plans mentioned here can be found at: http://www.tribaltrailconnector.com/Helpful_Links.html

Widening WYO 22 would not directly address the community needs identified in the Project Charter, which include: providing travel redundancy, reducing Vehicle Miles of Travels (VMT), reducing local trips though the Y-intersection, and providing emergency services. For further details, please visit the project Purpose and Need page at: http://www.tribaltrailconnector.com/Purpose_and_Need.html

The Jackson/Teton Integrated Transportation Plan (approved in 2015) identified several capital projects to address various transportation needs. WYO 22 improvements and the Tribal Trail Connector project are both identified as top priorities. Many “pieces of the puzzle,” including several capital and programmatic projects, are needed to work toward solutions to the community’s traffic problems.

Is South Park Loop Road going to be widened as part of this project?

All nearby roadways will be evaluated during the EA process to make sure that they can accommodate future traffic with or without the project. Teton County Public Works staff intends to maintain South Park Loop Road’s rural character with lowered speed limits.

Is the Tribal Trail Connector being considered for construction because of a rezoning on South Park Loop that would allow for more development?

No. This project is not being undertaken in response to a zoning change. Plans for the Tribal Trail Connector were originally discussed and platted several decades ago.

Will this be a high-speed, bypass road?

No. As described in the Purpose and Need, the Connector is intended to provide travel redundancy and provide a missing connection between the South and West Bank areas. Current traffic projections indicate that the Connector would primarily serve those neighborhoods. So-called “through” traffic is projected to continue using US 22/89 and WYO 22 through the Y-intersection.

Speed limits of the potential Connector have not yet been established. Per the ITP and Project Charter, various factors will be considered, including "roadway design features that discourage or prevent cut-through traffic from using this route as a shortcut to US-26 south of Jackson by way of either South Park Loop Road or High School Road" and "roadway design features that slow traffic to safe speeds through the corridor" (page 36 of the ITP). Such features could include protected turn lanes, roundabouts, neighborhood traffic circles, traffic calming features, or other intersection improvements.”

How are environmental impacts assessed?

Environmental resources to be studied in the Environmental Assessment will be identified based on Study Area characteristics and will be consistent with NEPA and FHWA requirements. The NEPA process will consider resources with additional regulatory requirements, such as the Endangered Species Act, the Clean Water Act, and the National Historic Preservation Act (Section 106), as well as resources that are typically identified as a concern for the public, such as traffic noise. Once environmental resources are identified, impacts to those resources from the project alternatives will be identified. If impacts occur, the designers will work to evaluate ways to avoid and minimize impacts. If impacts are unavoidable, mitigation measures will be developed.

Will the members of the public have opportunities to provide input and participate in the process?

Yes, the public outreach for the project will include public meetings, small group meetings, events, and multiple methods and opportunities for members of the public to get information about the project and provide their input. In addition, a Stakeholder Oversight Committee has been appointed by the Board of Commissioners that includes members of the public. The purpose of the committee to advise on the project (page 40 of the ITP). The public outreach planned for this project meets the public involvement requirements of the National Environmental Policy Act (NEPA).

Direct questions about the project to TribalTrailConnector@gmail.com. The following individuals can also help answer questions.

How will public comments be used?

The Project Team will follow an inclusive process that begins during the Project Scoping phase and builds on input received from the public, agencies, and other stakeholders. This input will help define the project’s Purpose and Need and alternative evaluation criteria. It will also be considered during the development, evaluation, and screening of project alternatives.

Once the preferred alternative is identified, additional public input will be requested to help further define design elements, such as how best to build the alternative to minimize impacts and best serve the community.

What is the next step after the public scoping comments are collected?

Public comments gathered during the comment period will be reviewed and summarized. All comments received will be considered during the Environmental Assessment (EA) process, which includes alternatives evaluation and evaluating impacts of the project. Responses to comments will be provided either before the EA is distributed or as part of the EA document.

How will the traffic model be incorporated into this project?

Traffic modeling will support and clarify the purpose and needs of the project area and will be considered in the evaluation of alternatives. The model also will be used to make sure that the Tribal Trail Connector intersection with WYO 22 will function effectively and to estimate how much traffic would be diverted from the existing Y-intersection at the junction of WYO 22 and US 89 by constructing the Tribal Trail Connector. These traffic models will inform the design and determine if other improvements are needed in nearby areas, such as South Park Loop Road.

How does the traffic model account for future development and nearby schools?

Information on existing and future land use was collected from both county and town planners to forecast the number and types of travel trips for the area. Future land use projections for additional schools or large developments can be tested as a scenario in the traffic model to determine how the road network would be impacted if such developments occur.

Why is road network redundancy important for emergency services?

Travel redundancy refers to the ability to provide multiple ways in or out of an area. Multiple routes to an area reduce response times for emergency services, allowing them to reroute based on traffic conditions or alternative access in case one route to the area is blocked.

Route redundancy is also important for evacuation from natural disasters, such as wildfires or hazardous materials releases. If an area only has one route in and out, it can prove dangerous in an emergency when evacuation is necessary and the single entrance/exit route becomes blocked. Lack of travel redundancy was cited as one of the main problems after the Camp Fire of 2018 in Paradise, CA. Lack of redundant routes was also cited as a problem when the Amerigas location exploded on High School Road in 2014, particularly given the proximity to multiple schools.

How will the project affect existing and future pathways?

Part of the ITP and the project’s Purpose and Need is to improve multimodal connections in the Study Area, including bicycle and pedestrian routes. This would include improvement of existing pathway facilities.

A grade-separated pedestrian crossing feature (bridge or underpass) for the WYO 22 pathway will be studied. The configuration of the pathways and how they cross roads and intersections will be a key part of the alternatives that will be developed and evaluated.

What type of wildlife data will be collected?

How will impacts to wildlife be evaluated?

Wildlife movements will be evaluated as an environmental issue and considered throughout the design process of the project. . This will be accomplished by evaluating existing baseline conditions in the study area, including types of habitat present in the study area, and understanding how and when local wildlife use that habitat most (daily use or seasonal use, such as winter range, critical winter range, or calving or fawning area). Relative to roads and wildlife, a variety of options are available to mitigate wildlife effects, such as: wildlife fencing, escape ramps, deer guards. overpasses, and underpasses.

The Teton County Wildlife Crossings Master Plan and the WYDOT 22/390 PEL identified the area near Bar Y / Teton Science Schools as a priority location for a wildlife crossing structure. Preliminary planning is underway for a crossing at this location, which has corollaries for the Tribal Trail Connector planning in the greater project area.